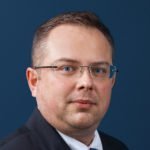 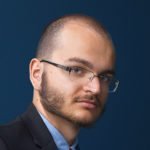 In the Slovak Republic, as well as in other states of the European Union, the judiciary should be viewed as a guarantor of legality and justice, values which ​​should be demonstrated to the public by judges through their professional, independent and moral approach. However, according to several relevant surveys, for many years the citizens of the Slovak Republic have not had any confidence in the quality of the judicial system. This amendment seeks to remedy this fundamental deficit with systemic changes.

The amendment to the Constitution also significantly expands the powers and resources of the Judicial Council in the area of ​​reviewing judges. To date, state institutions have not been allowed to examine the origin of property of individual judges; however, the new Judicial Council will be able to thoroughly check the history of their acquisition of property. It will largely have a free hand in this process and be allowed to carry out its own investigations on the basis of information obtained or requested by it. The Judicial Council will therefore be able to assess for itself whether to initiate disciplinary proceedings against a particular judge.

The amendment also stipulates that the government of the Slovak Republic, the National Council of the Slovak Republic and the President of the Slovak Republic may only nominate non-judges to the Judicial Council and introduces maximum retirement ages of 67 for judges of general courts and 72 years for judges of the Constitutional Court. In connection with the established criminal offense of bending the law, it constitutionally clarifies the criminal-legal status of a judge or an associate judge who arbitrarily exercises his/her right in a decision-making process and by doing so damages or favours a party. The amendment to the Constitution explicitly states that neither a judge nor an associate judge may be prosecuted for a legal opinion expressed in his/her decision-making process, even after the termination of their office, unless the commission of a criminal offense has been established. This constitutionally and legally distinguishes between a legal opinion created and justified by a judge on the basis of the application of the law based on facts, and intentional, arbitrary decision-making and bending of the law.

The amendment shall enter into force on 1 January 2021, with the Supreme Administrative Court commencing its activities on 1 August 2021.